On Friday, 28 April 2017, Junior Achievement Cyprus hosted the 2017 Company of the Year Competition Finale and Award Ceremony, which took place at Royal Hall, Nicosia. The Finale and Award Ceremony, attended by over 350 guests, represented the culmination of the efforts of over 380 students, aged 15-18, who created and ran their own student company over the past seven months. The competition proved that young students not only have original ideas but can also run a successful business.

The project started with team formation and included capital raising, business plan development, product development, marketing and sales. It is part of JA’s Company Programme, the largest youth entrepreneurship programme on the island.

During this special event, 10 finalists – out of 50 student companies created under the 2016-2017 Company Programme – pitched their entrepreneurial ideas to a panel of judges in an attempt to secure the title of ‘Company of the Year’. Apart from the main title of ‘Company of the Year’, and the first and second runner-up awards, the student entrepreneurs received signature awards for their achievements in key areas of entrepreneurial activities. The most innovative product/service, the best branding and communication strategy, the best-selling product/service, the best logo and the best company report, are some of the special awards that were awarded to JA Cyprus’ highly-talented students.

This is the fourth consecutive year that the programme has been running, and the student companies have been very successful this year with more than 50 businesses having earned over €40,000 in sales.

This year, the final competition was won by a group of students from the English School in Nicosia who were named ‘Company of the Year 2017’ at an award ceremony. The company, Grow Green, created a biodegradable bedding plant pot with reused coffee. The coffee in the box utilises uses ground coffee as fertiliser, adding organic material to the soil, which improves drainage, water retention and aeration. All kinds of plants can be placed in the box which dissolves after a couple of weeks in the ground while the fertilising coffee stays around the plant.

Avita Nostra, founded by eight girls from the Limassol Lanitiou Lyceum came second in the contest. Avita Nostra consists of two collections, the Avita collection, where elegant modern jewellery is created by encasing authentic Cypriot embroidery, made by women from Lefkara, Fyti and Anogyra, in glass. The Natura Collection is made up of encased Cypriot wildflowers and aromatic plants of Cyprus such as lemons, lavender and chamomile.

Wrap-it, a project by students from the Junior and Senior School in Nicosia was ranked third. The team members invented a protective food wrap made of pure beeswax, coconut oil, and cotton, offering a viable alternative to common food wrapping, aimed at improving consumer health while helping to save the environment.

Present at the event were the then Deputy Minister to the President, Constantinos Petrides, the former EU Commissioner for Education, Culture, Multilingualism and Youth, Androulla Vassiliou and the British High Commissioner, Matthew Kidd.

Grow Green will travel to Brussels, Belgium in July 2017 to represent Cyprus at the JA Europe Company of the Year Competition.

JA Cyprus is supported by the following: 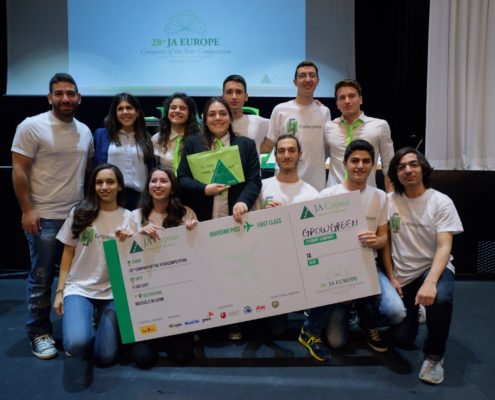 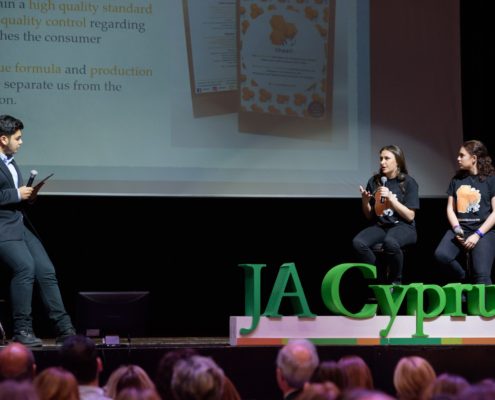 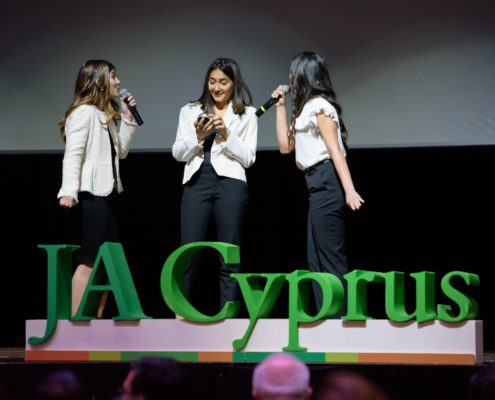 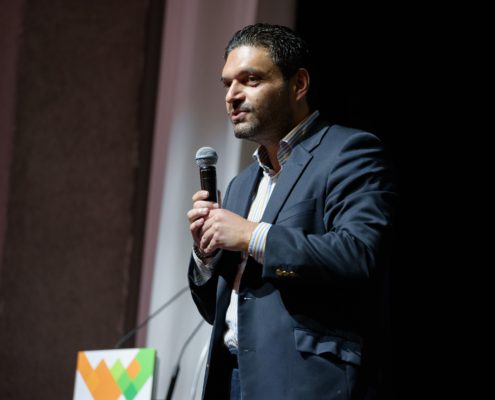 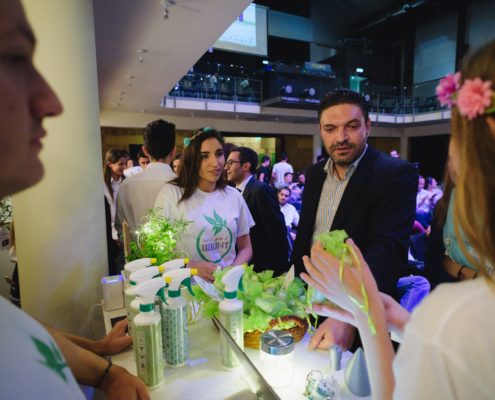 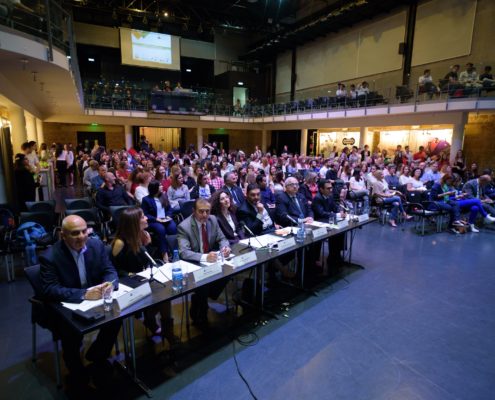 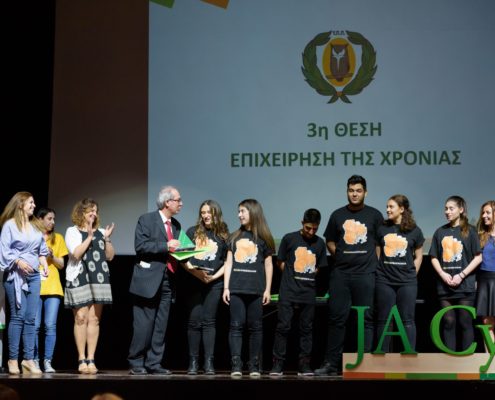 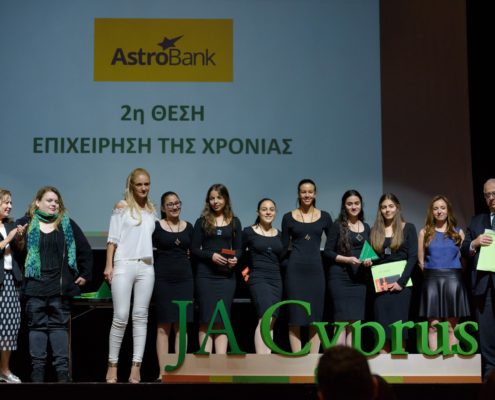 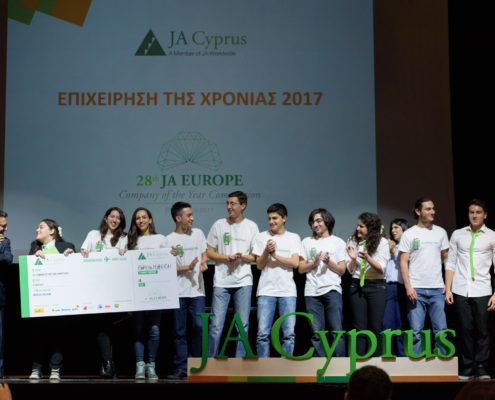 Apply for Your Entrepreneurial Skills Pass!

Student Company GrowGreen wins two Awards at the Largest Student Entrepreneurship...
We use cookies to ensure that we give you the best experience on our website. If you continue to use this site we will assume that you are happy with it.OkPrivacy policy
Scroll to top